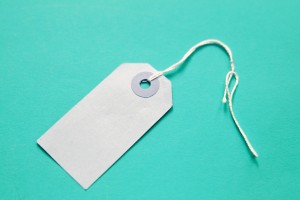 There’s still a chance for your charity to get a 2010 IRA rollover, even though re-contribution is not allowed.

When I posted about the revived IRA charitable rollover, a question arose among the comments. Advisors wondered if those over 70 1/2 who had already met their 2010 minimum required distribution (or MRD, which most taxpayers use as their maximum distribution) could re-contribute to their IRA, then make a charitable gift. The purpose would be to take advantage of a provision in the Tax Relief Act that allows January charitable rollovers to count toward 2010 MRD. The IRS says “no,” because Congress didn’t allow for it. Here’s coverage from The Chronicle of Philanthropy and The Wall Street Journal (if you’re allowed in).

Yet, a gift possibility remains. Your donors who’ve met their 2010 MRD still can do an IRA rollover to your nonprofit (more precisely, it’s a “qualified charitable distribution”) this month, and make the election for it to count in 2010. They would have to distribute more than their 2010 minimum, with the extra going to you. They could do it up to the $100,000 annual limit and it would not be taxable income.

That’s a tough sell, I know, because so many people count the minimum as their maximum–the floor as their ceiling. (They live in a building where I would not want to buy; strictly a rental property). But, it’s a possibility you should consider. Someone who loves your work–a board member, perhaps–might be game. A particularly good prospect for this is someone with a multi-year pledge, looking to accelerate their payments. Or a donor willing to help you overcome a 2010 shortfall.

Another possibility: I have a client with a donor who has pledged his entire IRA to the charity, including distributions, but still owns it. Someone who has made that commitment may also be willing to get cash to you sooner than later. (We’re talking to him.)

Hey, I’m opening up a possibility where you probably thought one did not exist. Exploit as you see fit.