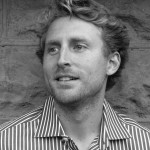 Matthew Scharpnick has thoughts on what good design is, why it’s important and how to achieve it. What is design strategy and why the heck is Charity Water talked about so much? Matthew is co-founder and chief strategy officer of Elefint Designs.

Highlights of the 2015 Digital Integration & Outlook Report, released this week. We’ll look at trends in staffing, strategy, engagement and more. Amy Sample Ward is our social media contributor and CEO of NTEN, the Nonprofit Technology Network.