OneCause’s research study includes insights to help you benchmark, plan, prioritize and improve your nonprofit’s fundraising this year. From OneCause, Sarah Sebastian and Steve Lausch talk us through. 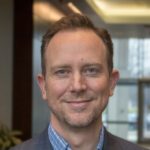 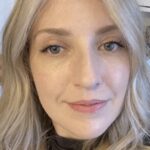 [00:01:36.34] spk_0:
Hello and welcome to Tony-Martignetti non profit radio big non profit ideas for the other 95%. I’m your aptly named host of your favorite abdominal podcast. Oh I’m glad you’re with me, I’d get slapped with a diagnosis of a fraser because I cannot bring myself to say the words you missed this week’s show 2023 fundraising outlook one causes research study includes insights to help you benchmark plan, prioritize and improve your nonprofits fundraising this year from one cause Sarah Sebastian and Steve Lauch talk us through on tony stake to webinars galore Here is 2023 fundraising outlook. It’s a pleasure to welcome to non profit radio steve Lauch and Sarah Sebastian both from one cause steve Lauch is director of product marketing at one cause where he brings 17 years of experience in automotive, retail, customer relationship management and marketing technology. Sarah Sebastian at one causes Director of corporate communications. She’s a marketer with eight years of experience in the nonprofit tech space. The company is at one cause and at one cause dot com steve Sarah welcome to non profit radio