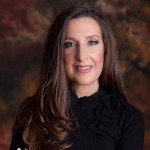 Kimberley Jutze explains what collective impact is and what you need in place to assure the success of your CI network. She’s chief change architect at Shifting Patterns Consulting and we talked at Opportunity Collaboration 2015.

What is a persona? Why are these fictitious people important to your website? How do you build them? Debra Sharp is digital director at Manifest Communications and we talked at the 2014 Nonprofit Technology Conference (NTC) hosted by NTEN, the Nonprofit Technology Network.