Women Of Color in Fundraising and Philanthropy is a new online community. Founder Yolanda F. Johnson returns to explain what it’s all about. 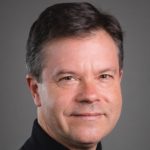 Alex Counts has over 30 years in social entrepreneurship. He returns with his latest book, “When In Doubt Ask for More: And 213 Other Life & Career Lessons for the Mission-Driven Leader.”