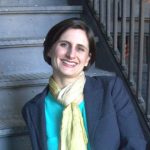 Sarah Olivieri wants you to shed fear-based decision making, scarcity mentality and reflexive negativity, in favor of confidence, abundance and an open mind. Your host has encouraging words of his own to contribute. Sarah is principal of Pivot Ground.