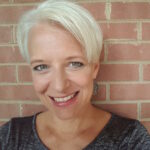 [00:02:13.44] spk_1:
Hello and welcome to tony-martignetti non profit radio big non profit ideas for the other 95%. I’m your aptly named host of your favorite abdominal podcast. Oh, I’m glad you’re with me. I’d be stricken with hantavirus pulmonary syndrome if you got ratted out that you missed this week’s show Communications trends report. Kimmy LaRue Miller returns to share her 11th annual non profit Communications Trends report, released just last week. We talk about the impact of the pandemic, the resurgence of email, email, best practices, leading a Girl Scout troop and a lot more tony steak, too. The people are seizing power were sponsored by turn to communications, PR and content for nonprofits. Your story is their mission. Turn hyphen two dot ceo and by dot drives. Prospect to donor. Simplified here is communications trends. Report. What a pleasure to welcome back to non profit radio Kivi LaRue Miller. She is founder and CEO of non profit Marketing Guide, helping hundreds of non profit communicators and participants in the communications director mentoring program. Each year, she called leads a Girl Scout troop and is president of the Lexington Farmers Market Association in Lexington, North Carolina. She also co founded Grow and Go Girls, a small bakery where all net profits go into a travel fund for a group of small town girls to travel. The big World non profit Marketing Guide is that non profit marketing guide dot com? Where else would you expect it from a master communicator? Where else would it be? And at N p m k t g d. I’m not sure about that one. Kivi is at V l m. Welcome back to the show,