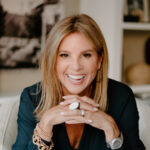 It can severely hold back a nonprofit’s work when the organization becomes the founder. What are the symptoms and treatments? Heidi Johnson is a founder, took over leadership from a founder, and has been studying founders and their orgs for many years. She hosts the blog and podcast, Charity Matters.