Marci Brenholz: Ask When Not Asking 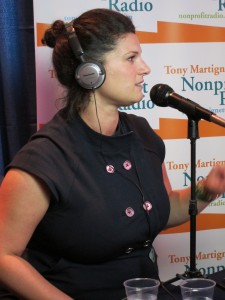 Strong, real donor-centered programs will save you money because you’ll hold onto existing donors rather than having to find new ones. Marci Brenholz knows how. She is director of development at the Ralph Lauren Center for Cancer Care and Prevention. (Originally aired November 21, 2014 and recorded at Fundraising Day 2014 in NYC.)

Stacy Palmer & Glen MacDonald: What Are The Wealthy Thinking?

Stacy Palmer & Glen MacDonald dish on the changing landscape of philanthropy: what giving habits persist and what new trends are developing. Stacy is editor of The Chronicle of Philanthropy and Glen is president of Wealth & Giving Forum. (Also from November 21, 2014 and recorded at Fundraising Day 2014.)