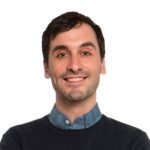 There’s a better way to manage requests for proposals, so that you weed out vendors who aren’t right, choose the best finalists, select the best provider, and transition smoothly to project launch. Josh Riman from Great Believer explains. (This is part of our coverage of #22NTC, hosted by NTEN.)