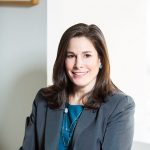 It’s everywhere. Our community is no exception. We want your opinions and your stories to be part of the conversation. You can comment below without leaving an email address; use the contact page; or call the studio during the show at (877) 480-4120. Attorney Lisa Brauner provides legal perspective for women and organizations. She’s a partner at Perlman+Perlman in New York City.

3 thoughts on “Nonprofit Radio for October 27, 2017: Sexual Harassment In Nonprofits”