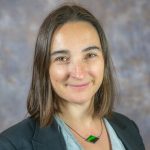 Oracle+NetSuite offers valuable products and technical assistance to you. What’s available and how do you take advantage? Peggy Duvette, their head of Social Impact reveals it all.

Amy Sample Ward, our social media contributor & CEO of Nonprofit Technology Network (NTEN), explains the value (and challenges), of integrating many of your office functions–including social engagement–into a single platform, like Oracle+NetSuite. NTEN is in the midst of integration right now.