George Grace: First, we talk through the walk through. How do you find the best space and use different spaces to strategically head into your lease negotiations? Our expert is George Grace, president of G.E. Grace & Company, who has done this work for dozens of nonprofits. 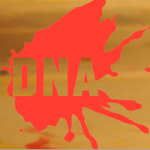 Robert Smith & Kate Peila: Then, what lease terms do you need to be careful about and what are the negotiating points? Lease expert Robert J. Smith, Esq. and Kate Peila, executive director of Dance New Amsterdam, talk through DNA’s less-than-desirable lease to bring out lessons to help you get the best lease next time.

Here is a link to the podcast: 059: Learning Office Lease Lessons

Every Friday from 1 to 2pm ET.

There will be a link to the podcast posted here after Friday’s show.
View Full Transcript