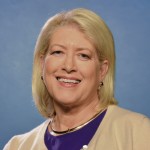 Make time for yourself to lose track of time. It’s liberating.

If the signals are all bad in a fundraising relationship, it’s time for you to move on.

The month of January on Nonprofit Radio is devoted to your 2018 plans. From fundraising to free coaching and the new tax law. We’ve got you covered for the New Year, all month.

Tax code changes are coming that may impact the bequest income in your planned gifts program. I did the research. Here is my critical takeaway you need so your fundraising survives the Tax Cuts and Jobs Act.