Our panel from the 2016 Nonprofit Technology Conference reveals best practices for training: goals; who participates; successful formats; and working within culture. They also have suggestions for technology and leave you with resources. They are Kevin Martone, from the Harold Grinspoon Foundation; Debra Askanase, Community Organizer 2.0; and Rene Swink with Exceptional Children’s Assistance Center (ECAC). 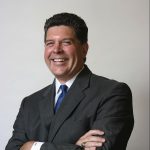 How did 2nd quarter fundraising go and what’s changed in the full year forecast since January? Atlas of Giving has the data and CEO Rob Mitchell shares all. Rob is with me after each quarter for analysis.